Yes, the last shall be first and the first shall be last. Let the one with ears hear this trumpet loud and clear!! The owner of the vineyard will give each of his workers one denarius. It will not matter the time the worker began working, as long as by the end of the day, all were found toiling the land. He will give whatever is right. Matthew 20 :1-16 says:-
The Parable of the Workers in the Vineyard
20 “For the kingdom of heaven is like a landowner who went out early in the morning to hire workers for his vineyard. 2 He agreed to pay them a denarius for the day and sent them into his vineyard.

3 “About nine in the morning he went out and saw others standing in the marketplace doing nothing. 4 He told them, ‘You also go and work in my vineyard, and I will pay you whatever is right.’ 5 So they went.

7 “‘Because no one has hired us,’ they answered.

“He said to them, ‘You also go and work in my vineyard.’

8 “When evening came, the owner of the vineyard said to his foreman, ‘Call the workers and pay them their wages, beginning with the last ones hired and going on to the first.’

13 “But he answered one of them, ‘I am not being unfair to you, friend. Didn’t you agree to work for a denarius? 14 Take your pay and go. I want to give the one who was hired last the same as I gave you. 15 Don’t I have the right to do what I want with my own money? Or are you envious because I am generous?’

Let us be honest for just one second here. Do we as believers act like those hired early in the morning or those that came one hour to end of the day’s work? Do we feel so justified for more blessings from God because we were raised in Christian families and got born again at very early stages in our lives? Do we feel that others are more sinful than us and when they finally receive Jesus Christ, we are envious of the great work of the Lord in them?

I once was. At least the one that felt was so righteous because of my “good deeds”. The one that felt entitled to all the blessings the heavens could pour on a human being here on earth. I may have not said it out loud but just because my thoughts were filled with such a horrible mentality does not make it any better. It may actually be the same if you ask me. I still wonder where I got the standards/benchmark to match myself against. I feel I need to slap myself silly sometimes for such a stinking attitude. So here I am confessing my sins that I may be healed.

The plan today is to have a short post, so let me see if my objective will be achieved!

What is really the source of such a scenario in the church? in the Body of Christ? in God’s Kingdom? I will not speak for others but only for myself. Mine was pride which I shared in a previous post some time back including the video below.

When I look back, am grateful that I was gracefully broken. That I was disciplined by my loving father. He loves me enough to correct me. Did you notice in the passage above that the owner of the vineyard did not take back the denarius from the workers that complained? Rebuking them he did, but did not take back what was already given to them, their reward. I want my reward of eternal life but I want to receive it with the right attitude. It matters to me that I please my Father in all that I do, even in the small things that are not so popular. Pride blinded me to the right path of living. The right way according to God. No matter how great our gifts are, without love we are nothing. Let my gifts match how much love I show unto others. God has been gracious to me over the years and I should praise Him more for being the same to others. Gracious, Just and Faithful!! Most of the time for me this is easier said than done but that is the Jesus way!! Love is the Jesus way! Is it yours?

Be Blessed! See you next week Friday! 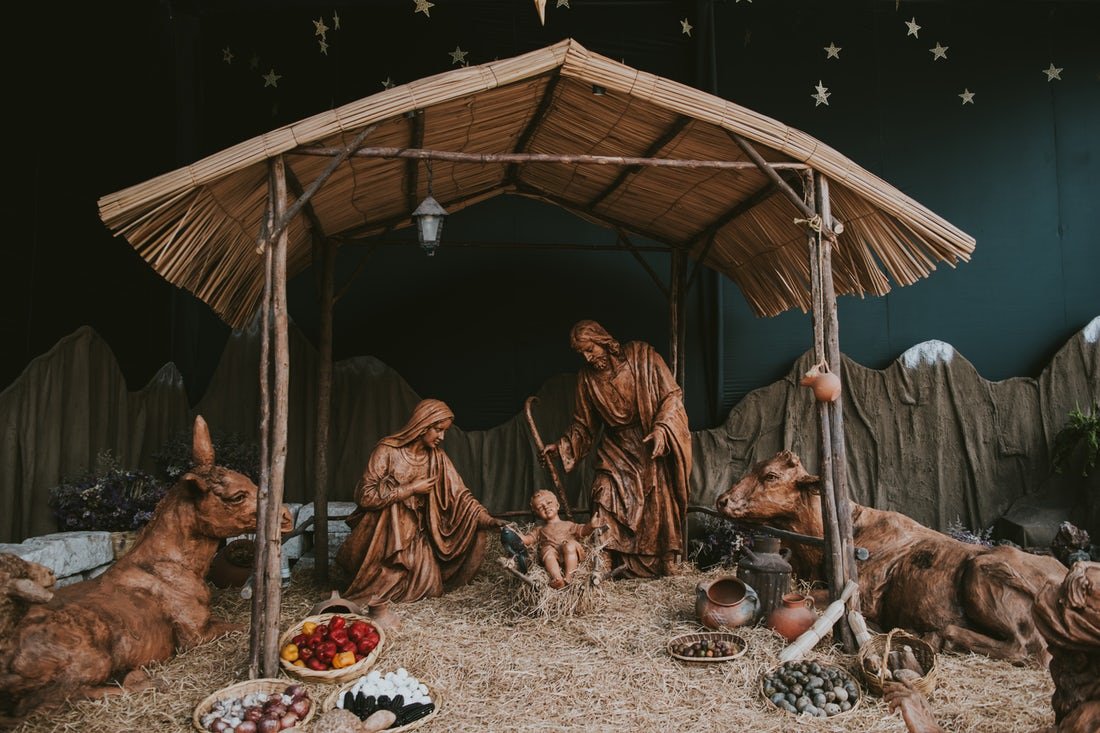 Image by Walter Chavez via Unsplash

I trust that our God who never sleeps nor slumbers has been watching over you. Am glad you have taken the time to not only read but also hear from Him. May He truly meet you at your point of need! Amen

So am still stuck in the first few chapters of Matthew and today’s post is really on Joseph’s first actions. Am truly intrigued by the role he played in Mary’s life and by extension in Jesus’ life thereof. At first, my curiosity was where he disappeared to as I moved on in reading but my eyes opened to the great value he brought instead. So am back to chapter one, specifically verse 18 to 25.Did you know he was only mentioned in Matthew and Luke seven times each while twice in the book of John? Did you also know that an angel of the Lord appeared to him, and not just any angel, one of the three in the Bible mentioned by name. The three angels mentioned by name are:

9 But even the archangel Michael, when he was disputing with the devil about the body of Moses,did not himself dare to condemn him for slander but said, “The Lord rebuke you!”

11 And they had a king over them, which is the angel of the bottomless pit, whose name in the Hebrew tongue is Abaddon, but in the Greek tongue hath his name Apollyon.

19 The angel said to him, “I am Gabriel. I stand in the presence of God, and I have been sent to speak to you and to tell you this good news.

He was actually recorded as the first man to see an angel in the first book of the New Testament. Of course the Old Testament had several others such as Abraham, Hagar,Lot,Joshua, Gideon, Balaam, Zechariah, Manoah and his wife who were parents to Samson.

Given that I do not believe in coincidence or luck I write with absolute awe of God’s perfect ways in Mary’s life. Imagine if Mary would have been betrothed to another man, would that man have taken the path that Joseph did? Or what if Joseph chose not to marry her even after an angel spoke to him? Why was Joseph chosen to assist Mary in fulfilling her purpose in giving birth and raising the Son of God? Well my personal response would be in Matthew 1:19..Because Joseph her husband was a righteous man and… I want to truly believe that Joseph’s way of living prepared him for the journey ahead of him. It allowed his heart and spirit to be in a position ready to discern what and when God is directing him in a certain path. I do not feel that the appearance of an angel changed who he was but rather confirmed the fear of God in him. His mind may have conceived to divorce Mary quietly but his heart and spirit made a complete turn around upon receipt of the direction he ought to take. And that was to marry Mary….ululation please🙌🙌😊😆😃🤗!! This was not only courageous but obedient too. The Bible states that when he woke up, he did what the angel of the Lord had commanded him and he took Mary home as his wife...verse 24.

Verse 20 of Matthew chapter one states that the angel called Joseph(Mary’s husband) the son of David while his father was actually called Jacob. I guess the culture of calling children after their forefathers was existent from long ago😉. I find the angel to be very intentional with his choice of words. What is the first thing that comes to mind when you hear or read of King David? Well for me, it is the fact that he was a man after God’s own heart. So out of all the names of Joseph’s ancestors that he was a “son of”, the angel chose to pick out David. I want to believe there was something inside of Joseph that was also in David that was significant enough to call for such relation and distinction in who he really was….as God saw him. A righteous man. A man faithful to the law!!

Joseph can be any of us in the present time. Righteous. Faithful. Obedient. Courageous. It must have made the angel’s work much easier to deliver that kind of overwhelming message to a person whose heart was ready to obey despite previous considerations. Joseph’s response to the message from the angel must have put a smile on our Heavenly Father 😊😇!!

This post today is a calling to you and me to possess more of Joseph’s attributes. Those that will position you to be ready to not only hear but act as God instructs. Despite our past failures, it is still possible to get back up again and continue running the race once more. This is a calling to desire more of what the Spirit says rather than our own understanding. This sometimes can be difficult given what the physical circumstances are presenting but Joseph’s actions and the results thereof are a proof that God’s wisdom is no match for any mortal. His plans are perfect. So won’t you be encouraged that there is hope and great fulfillment in obeying God?He is calling us with a desire to plant us in various parts of this world to display his splendour. May we be counted faithful!!

Listen to Show on Spotify

Hope for You and Me

Eunice Ngundo was born in the Coastal region of Kenya 🇰🇪 but resides in Nairobi. She is a born-again Christian, a Wife and a Mother!! Esperanza means Hope in Spanish while Maishani is Swahili for "In Life". Therefore Esperanza Maishani translates to Hope in life. This blog is her assignment to share positive stories that are meant to bring hope and increase faith in this journey of life!!!!!

Author of "Uncommon Character: 26 Stories Of Ordinary Men And Women Who Did The Extraordinary"